Nora Zimmerli (30) loves people and engines, and is in the middle of training to become a PostBus driving instructor. She will be the first woman to hold this position.

Nora Zimmerli (30) recently passed the category B driving instructor test, which means she’s now entitled to introduce students to the art of driving. But Nora has bigger goals − literally. She wants to teach people how to drive a Postbus. A trained lorry driver, she has been sitting in the Postbus cockpit for eight years, and her current training is a step towards the next phase of her career.

The long, hard road towards the category C driving instructor diploma lasts for a total of four years. In future, this will be shortened to one year, because it will no longer be necessary to obtain the diploma for category B first. However, it is not clear when this will happen, as the reform proposal put forward by the driving instructors’ association has been blocked by an objection. Nora Zimmerli has had to take the current much longer route.

If Nora passes the tests, she will become the first female PostBus driving instructor at the beginning of 2024 – 53 years after the first female driver took up her role. “I was surprised that this is a first and confident that it will motivate other female drivers to take the same step,” says Nora. Back in her days as a lorry driver, Nora was also in a clear minority. “Even in that role, a woman always has to put in an above-average performance to show that she can do it.” Conversely, she has the advantage that students are more likely to admit to a woman that they’re feeling overwhelmed or emotional.

PostBus has five driving instructors, and two other former drivers are taking the training course alongside Nora. They enrol for the course at external schools such as Driveswiss. It’s important to remember: “Driving instructors are highly sought-after on the labour market. We don’t receive any applications,” says Steffi Bommer, who has been Head of the Driver Training unit at PostBus for five years. That’s why it pays off to promote in-house talent. “They’re enthusiastic about their jobs, see themselves as service providers and enjoy spending time with people – I can sense a lot of passion there,” enthuses Steffi of her trainee driving instructors.

Everest climber in the cockpit

One person who still feels that passion after decades is driving instructor Jean-Claude Fayolle. The 63-year-old trains all PostBus drivers in the West region. The ultrasporty French speaker, who conquered Mount Everest in 1978 and was previously a professional athlete, has all the flexibility, patience and attention required for the driving profession. “The work is very varied from a technical and human perspective. Our driving students need more skills now than in the past,” says Jean-Claude. Technologies in the vehicles are constantly developing, theory is becoming more complex and traffic is becoming denser.

Jean-Claude Fayolle also trained a Swiss pilot to become a PostBus driver. The training was harder than flying, according to the former pilot. After all, there’s no autopilot in the Postbus, and there are no pedestrians to watch out for up in the sky. “Some of my students cried tears of relief and joy when they were given the C diploma at the end of the driving test,” says Jean-Claude.

As a driver, Nora Zimmerli learned to use a diplomatic tone. In driving school, however, she quickly realized how important it is to tell her pupils exactly what she wants at all times. “The training to become a driving instructor is also making me more confident in my personal life.” 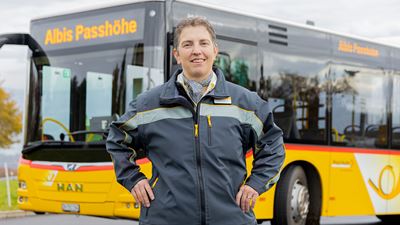 Join us and seize your opportunity to make a difference. 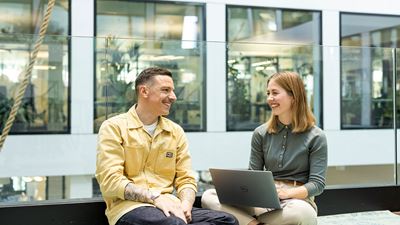 Discover PostBus as an employer